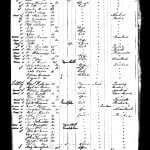 Canadian Bogstown Laird Found: John Laird (b 14th August 1856 – Bogstown) at the age of 20 immigrated from Londonderry via Liverpool to Quebec on the Sarmatian in August 1876. The shipslog shows he was with a group from Londonderry that were going to Guelph which was a favored destination for Londonderry/Donegal Protestants.   John arrived in Quebec on  August 13th, 1876 and after arriving in Guelph he later married Bridget Duggan on  July 10th, 1879.    John and his family are listed in the Canadian Census of  1881, 1901 and 1911,  the family later moved to Hamilton Ontario where John died on September 8, 1920.   John is buried with his wife and daughter at the Hamilton Holy Sepulchre Cemetery in plot K98.

Albert Laird enlisted in the First World War from Winnipeg, John Laird Jnr enlisted in 1915 at Sarnia, Ontario.  Neither Albert or John Jnr are listed on the Canadian Virtual War Memorial. 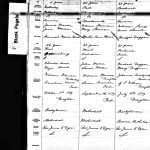 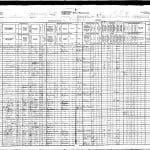 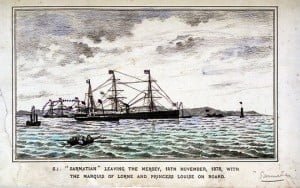 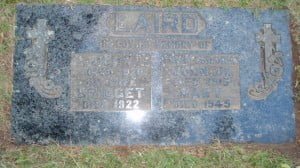